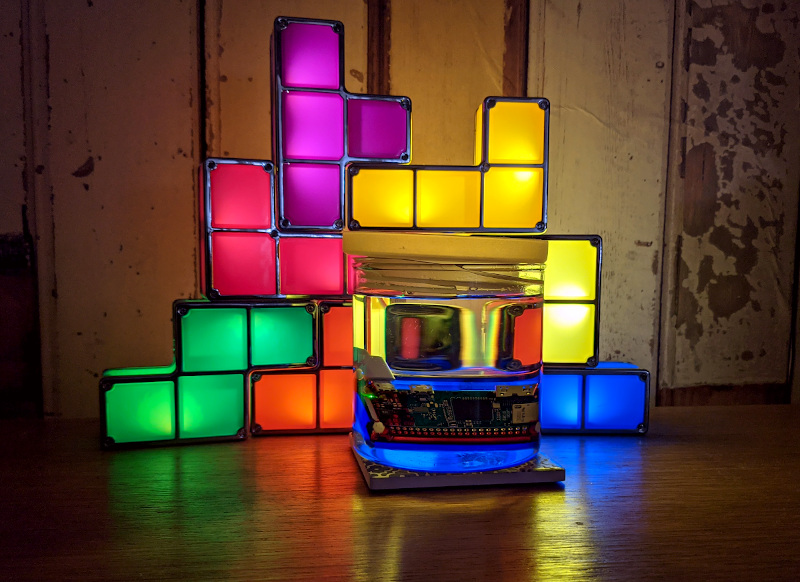 I’ve always wanted to do an aquarium pc build, where you submerge an entire computer in mineral oil, which is non-conductive so suitable for electronics, but couldn’t ever commit to it for various reasons1.

And like everyone else, I got a bunch of unused Raspberry Pis laying around, so I’ve decided to give it a shot.
Pretty straightforward so far, just need a container and to buy some oil from Amazon. But at some point before committing to it someone asked me if it would impact the WiFi signal… and I had no idea, so I measured it!

For this project, I’m using a Rasberry Pi zero W. The Pi will be seated at the bottom of a 500ml jar, 1 meter away from the router as pictured here to make some consistent measurements:

We will first record the WiFi signal of the Pi by itself, then submerged in water(!) and then in mineral oil.

Here the sed surgery/monstrosity I used:

And the gnuplot script to generate the plots:

Doing a first measurement of the Pi by itself we get this: 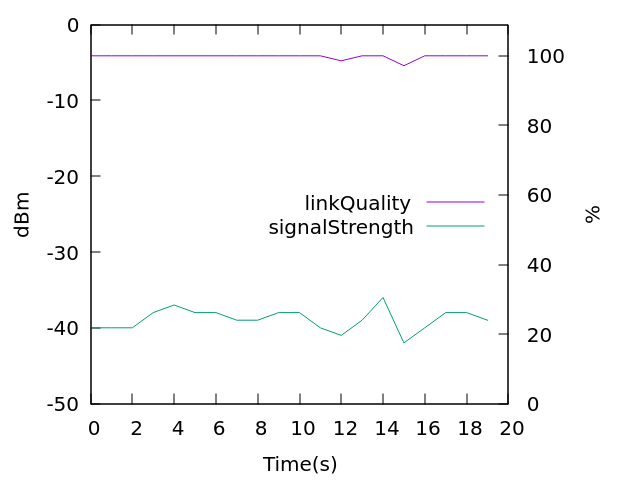 As expected, pretty much perfect!

Obviously no direct contact is possible so I went with a hacky solution by wrapping the Pi in a plastic bag and in the water it goes!

After a few minutes we get those measurements: 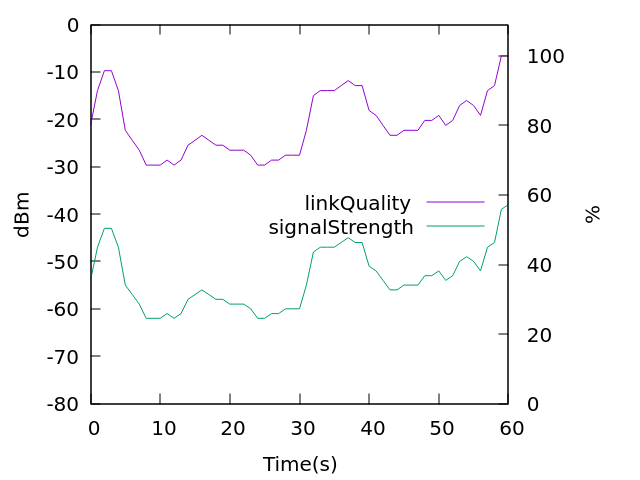 You can see here that the signal is severely affected: both the strength and noise levels. You can a see a second peak in the data, this is when I changed the orientation/position of the pi in the jar trying to maximize to the amount of water between the router and the chip (and managed to do the opposite 🙈).

After cleaning up everything and making sure everything was dry with a hairdryer I did the same thing instead with mineral oil instead of water. I wrapped the Pi again when measuring in case the wifi signal would be as bad as with water since cleaning up electronics dipped in oil is very time-consuming.

And here we get those plots 👀: 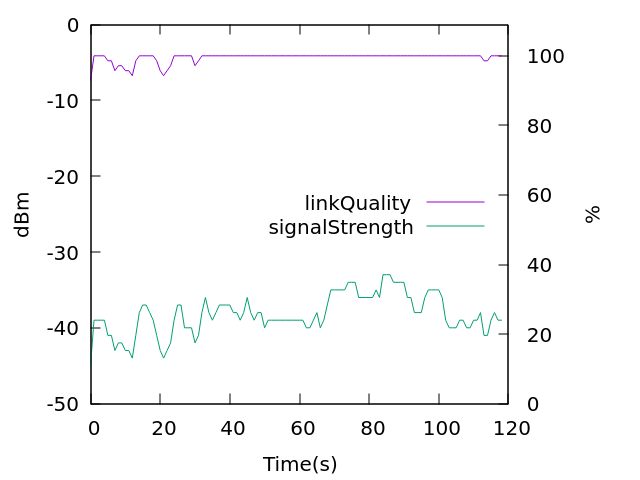 Here, the result looks much better. Almost as good as air! Mineral oil is non-conductive thus will not absorb the radio frequencies of WiFi, so rest will be converted as heat (but WiFi is super low-powered so the isn’t any risk, 100mW in most European countries).
Water is also really good at absorbing 2.4Ghz+ RF, which is the reason microwaves also go with 2.4Ghz

Due to it reflection index, the Pi in the mineral oil, it appears quite distorted and makes up for some trippy effect was put in a front of an interesting background, like a tetris lamp:

I did record the temperature and have the raspberry run at 100% cpu for a while (>15 minutes) and since it doesn’t heat up much anyway, with the 0.5L of oil it peaked at 44C and stayed there.

What have we learned ?